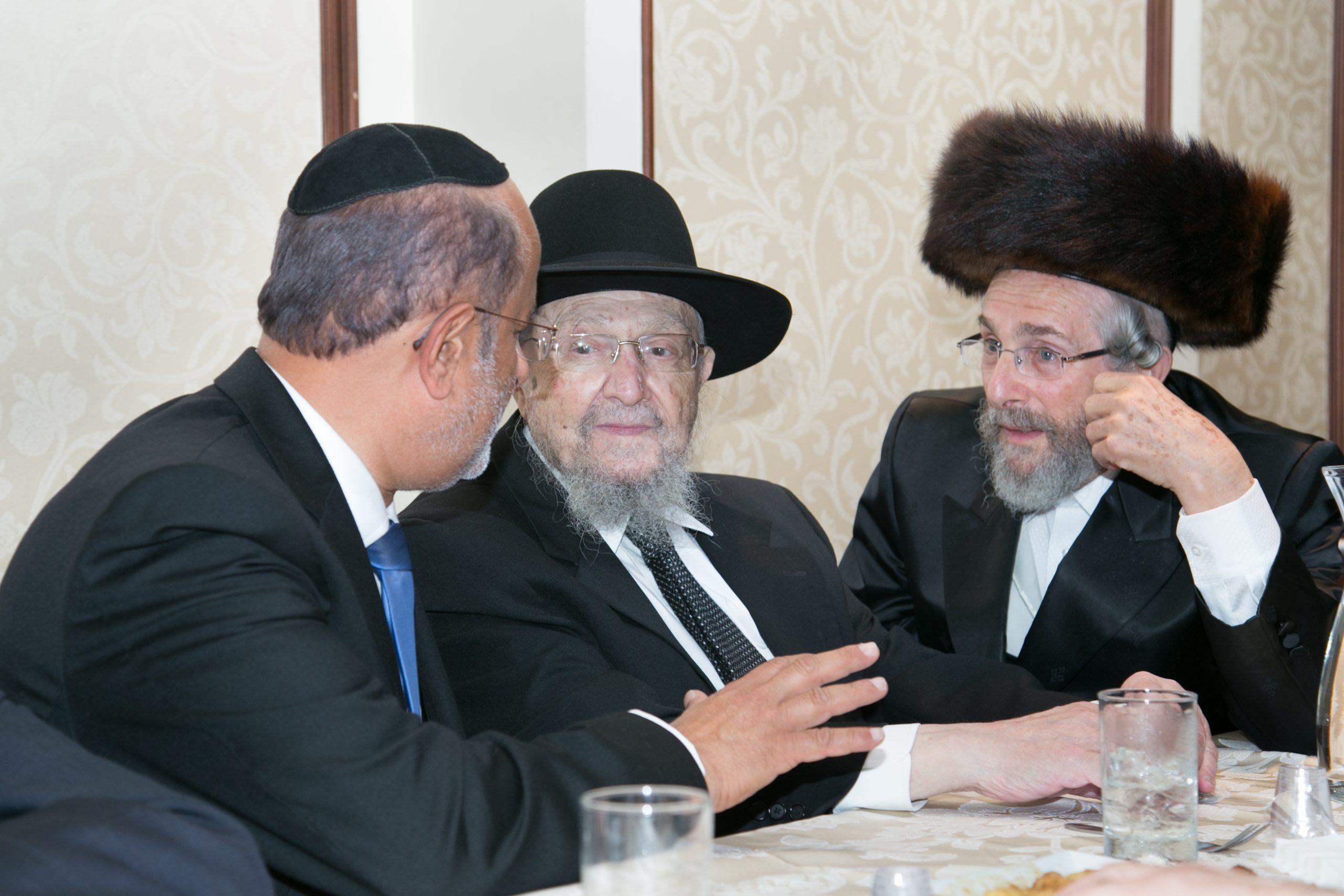 A Humble Giant: A Tribute To Rabbi Dovid Feinstein

I just heard the tragic news that a giant of our generation, Rabbi Dovid Feinstein, son of Rabbi Moshe Feinstein, passed away. Baruch Dayan HaEmet.

Though I did not merit to know him well, I wish to share a personal story, which I believe illustrates one of Rav Dovid’s most exemplary Middot – his Anavah, humility:

In the summer of 2015, I was asked by my dear brother Ariel Halevy if I would be willing to marry him and my soon-to-be sister-in-law Shira, may they live and be well. When I inquiring – as I always do – which other rabbis would be in attendance, he told me that Rabbi Dovid Feinstein would be there as well. I immediately told him that there is no way in which I could officiate a wedding in the presence of the famous Rosh Yeshiva, but both Chatan and Kallah wished to have a Sepharadic Chuppah.

After seeing that we were at odds as to what would be proper to do, I quickly took out a piece of paper and wrote a letter to the Rosh Yeshiva, asking for his permission to officiate the wedding, and letting him know that it was my personal preference that he should receive the honor. Ariel and Shira promised to deliver the letter personally, which they promptly did.

I wasn’t there, but from what I was told: the Rosh Yeshiva smiled and said “of course he should do the wedding” and with that gave me his blessing.

A few weeks later, after the Chuppah, I went over to the Rosh Yeshiva to kiss his hand. He was sitting with his brother, Rabbi Rueven Feinstein, and afternoon telling me how nice of a Chuppah it was and making a few Halachic notes, he smiled up at me and said: “I really enjoyed that joke you told!”

I recently told a colleague that I am saddened to live in a generation in which I feel surprise when I meet a Talmid Chacham who is so human and normal.

Rabbi David Feinstein was surely a great Talmid Chacham. He was world-renowned for his Piske Halachah. His books of Torah insight grace the bookshelves of thousands of Jewish homes.

To me? To me, Rabbi Dovid Feinstein showed by example how decent, kind, and genuinely humble a Torah giant is supposed to be.

Yehi Zichro Baruch.
May his righteous memory be for a blessing.
—
Pictured: Rabbi Dovid Feinstein at my wedding to Rabbanit Devorah in 2013, deep in conversation with my father, Rabbi Dr. Shalom Halevy, and my father-in-law, Rabbi Meir Goldberger, may they live and be well.

Also pictured: My letter to Rabbi Dovid Feinstein in 2015 asking permission to officiate my brother’s wedding; shown publicly for the first time.