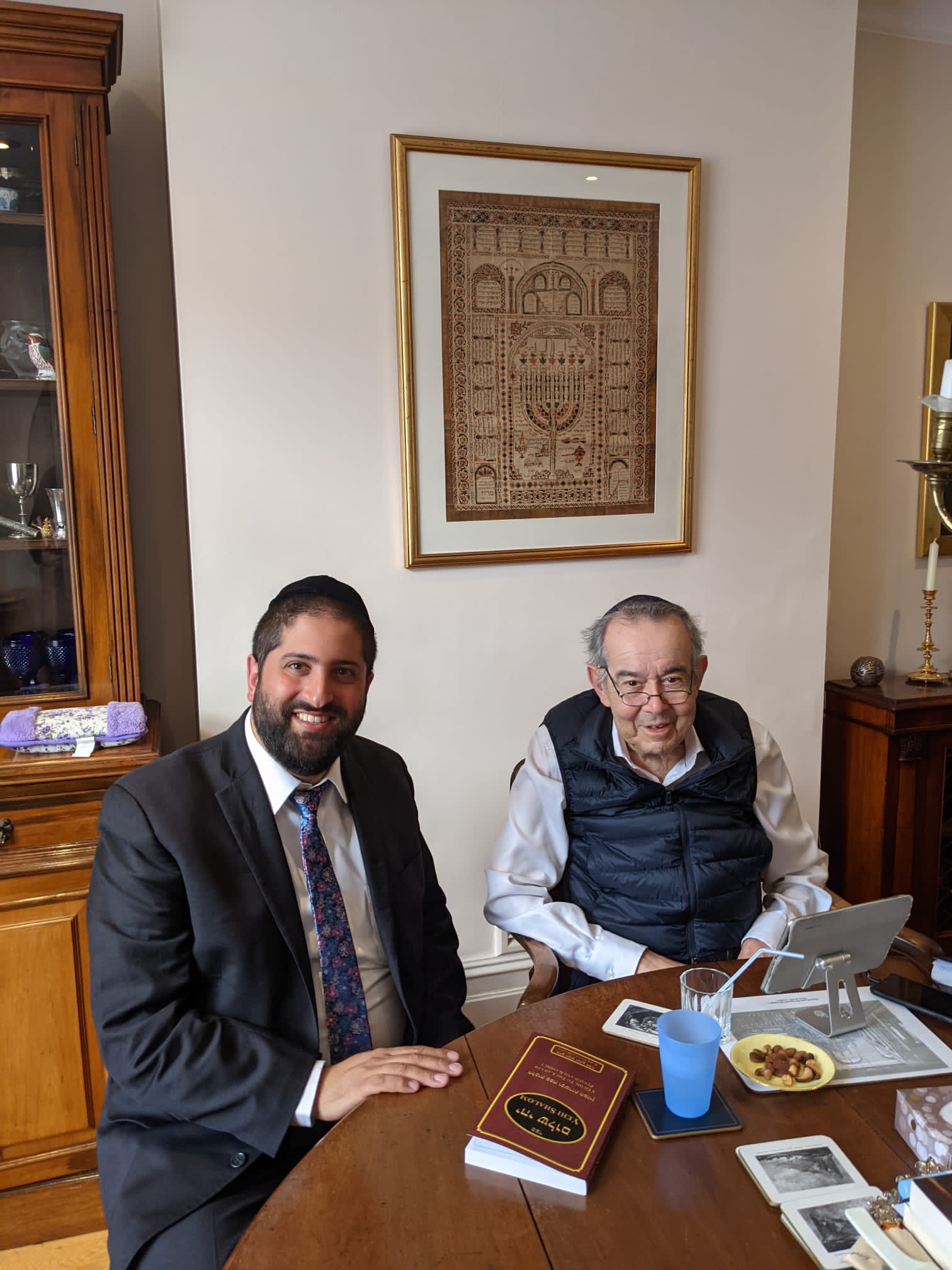 It is with tremendous sadness that Rabbanit Devorah and I – along with members of the Shiviti family around the world – bow our heads to mourn the passing of Rabbi Dr. Abraham Levy OBE, Emeritus Spiritual Head of the Spanish and Portuguese Jewish Community.

Upon visiting London in March of this year, we had the honor of being warmly invited to his home. Around his table, we discussed some of the oldest and heaviest issues facing the Jewish community, and in particular those facing the Sepharadi Jewish community, sharing with him our activities and accomplishments in those areas.

We left his home feeling that we had sat in the presence of greatness; a man whose entire being was dedicated to the public; whose actions far outweighed his words; and who actively worked to promote a moderate, balanced, and beautiful Judaism in the world.

We join together with our brothers and sisters in the United Kingdom and around the world who mourn his loss, and commit ourselves to honoring his legacy through our actions and teachings.

Yehi Zichro Baruch.
May his righteous memory be for a blessing.