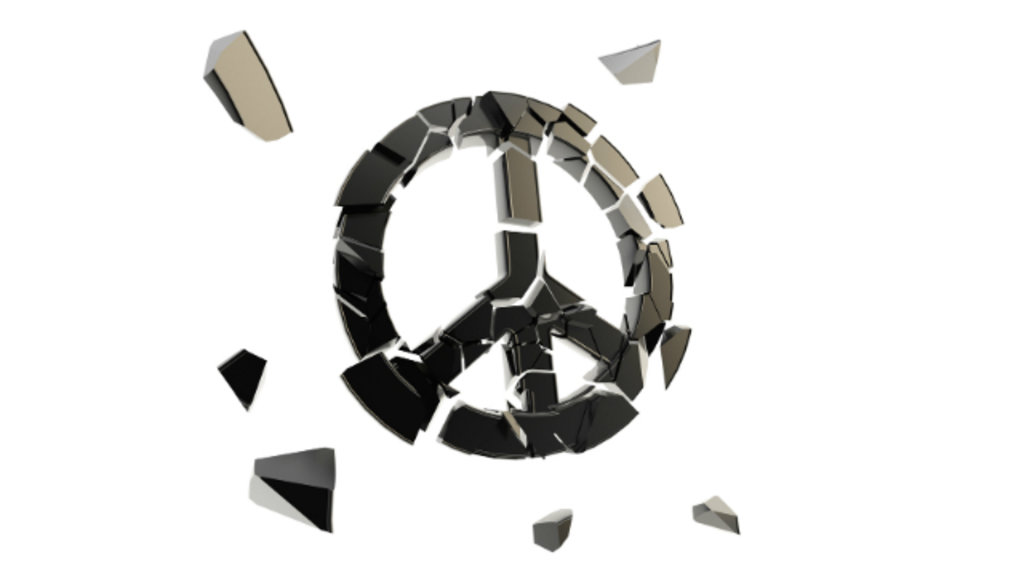 Peace is not always the best solution to a conflict.

There, I said it.

How many times have we been taught that we must always forgive, but never taught that there are those which our Torah does not demand us to forgive? How often have we heard that we must judge everyone favorably, but never told that there are those which Halachah does not demand us to judge favorably? This censored, deceptive Judaism cloaked in the cape of righteousness and piety, has caused more damage than it has caused good!

Our Torah, unlike Catholicism, allows for the dissolution of a marriage through the writing of a Sefer Keritot – a document of cutting ties, otherwise known as a Get. The reason? Even though we ideally would wish that all marriages should last forever, it is not the case with humanity! Therefore the Torah provides protocol for a way out, in order to save two individuals from needless hurt and suffering.

In this week’s Parashah, Lech Lecha, we find two family members – Avraham and Lot, who are dealing with issues between them (Bereshit 13:7):

Rashi, citing the Midrash Rabbah (Bereshit 41:5), explains the root of this quarrel:

Since Lot’s herdsmen were wicked, and they pastured their animals in fields belonging to others, Abram’s herdsmen rebuked them for committing robbery, but they responded, “The land was given to Abram, who has no heir; so Lot will inherit him, and therefore this is not robbery.” But Scripture states: “And the Canaanites and the Perizzites were then dwelling in the land,” and Abram had not yet been awarded its possession.

[An interesting side note; we often find that the world’s greatest arguments are not between two giants, but often because of the small, overzealous people surrounding them. Oftentimes, it is not Hillel or Shammai who are divided, but rather “Bet Hillel” and “Bet Shammai”; their respective students and followers. As an early rabbi of mine once exclaimed, “the fighting between the Chassidim and their opponents were rarely two spiritual leaders fighting each other, but rather their constituents who could not forgive as their leaders could”.]

Avraham Avinu, clearly unable to find a way to mend ties between himself and Lot, reacts (ibid:8-9):

“For we are kinsmen” – Avraham clearly feels a strong sense of responsibility towards Lot; after all they are family! Avraham Avinu was not trying to sever ties between himself and his extended family, but rather lessen the everyday tensions that exist between two people who do not get along, yet must live in close proximity. It is for this reason that Rashi again explains:

Wherever you dwell, I will not distance myself from you, and I will stand by you as a protector and a helper. And he [Lot] ultimately needed him [Avraham], as it is said (below 14:14): “And Abram heard that his kinsman had been captured, etc.”

[It is moving to observe how hard Avraham Avinu is working to reassure Lot that just because they are distant, he will not be alone!]

Incredible! As noble as Avraham’s intentions are towards Lot, what kind of way is this to solve a family conflict? What about sitting down and talking things out?

Not all things can be worked out. Sometimes, being physically distant from someone you do not get along with, causes tensions to dissipate, and feelings of fondness to form in their stead. This is the valuable lesson that Avraham Avinu is teaching us. One must not live in an idealistic vision, but rather seek out practical solutions – such as this one – to deal with our problems.

As the saying proclaims in jest: “the only difference between in-laws and outlaws, is that the latter are wanted!”.

There are children who get along well with their father and mother as long as they are single. However, once they get married, the son’s wife rises up against her mother-in-law and incites her husband to make an argument with his parents…

Our Sages (Berachot 8a) said, “A man should not live near his rebbe if he is not subservient to him.” From this we can learn that if a person is not able to properly honor his parents, and Hashem has granted him the means to provide for his own family, it is better that he not depend financially on his parents if this is also the will of his parents.

It is also good for a man to financially separate his children from his “table”, so that he does not violate, “… and do not place a stumbling block before a blind man…” (Vayikra, 19:14), and there will be peace in his tent.

Just because we agree to part ways for the sake of a better relationship, doesn’t mean we are deciding to desert each other! We will always be just a short distance away; far enough to reduce our tensions, and close enough to be there for each other when the need arises.

Not always must one strive for unreachable, Utopian ideals, peddled by rabbis and teachers who are ignorant of human psychology. Sometimes, the greatest way to peace, is to be that child who is distant, or that friend who visits only when necessary, in order to maintain cordial relations with those we genuinely care not to ruin relationships with.

One of my dear friends, a Chief Rabbi of a small European country, was preparing for his wedding which would rightfully be officiated by the then Chief Sepharadic Rabbi of Israel. Together, we arrived to the chambers of our Rebbe, HaRav Yaakov Peretz shlit”a, to invite him to the wedding. Following the Shulchan Aruch’s dictum (Orach Chaim 170:20) of asking who else is invited before accepting an invitation, Morenu HaRav’s face became pained when he heard who would be officiating at the wedding. “You have exempted me from coming!”, he exclaimed. Morenu HaRav explained that even though this rabbi had been persecuting him and his students for years over rabbinic politics, he was certain that he would be able to be civil in his presence, but could not promise the same attitude from the other party. Not wishing to turn his students wedding into a grave Chillul Hashem, Morenu HaRav came just for the end of the wedding, once the Chief Rabbi and his entourage had left.

As a young student, this story left a great impression on me. It is often better not to turn someone else’s occasion into an ugly one, if your presence may arouse contempt among others. I have turned down invitations to events countless of times, knowing that though I could remain civil in the face of adversity, unfortunately the others could not be trusted not to seethe with hatred or speak venomous Lashon HaRa.

In those cases, I always prefer to echo the words of my forefather Avraham: “Please let there be no quarrel between me and between you…for we are kinsmen. Is not all the land before you? Please part from me; if [you go] left, I will go right, and if [you go] right, I will go left.”