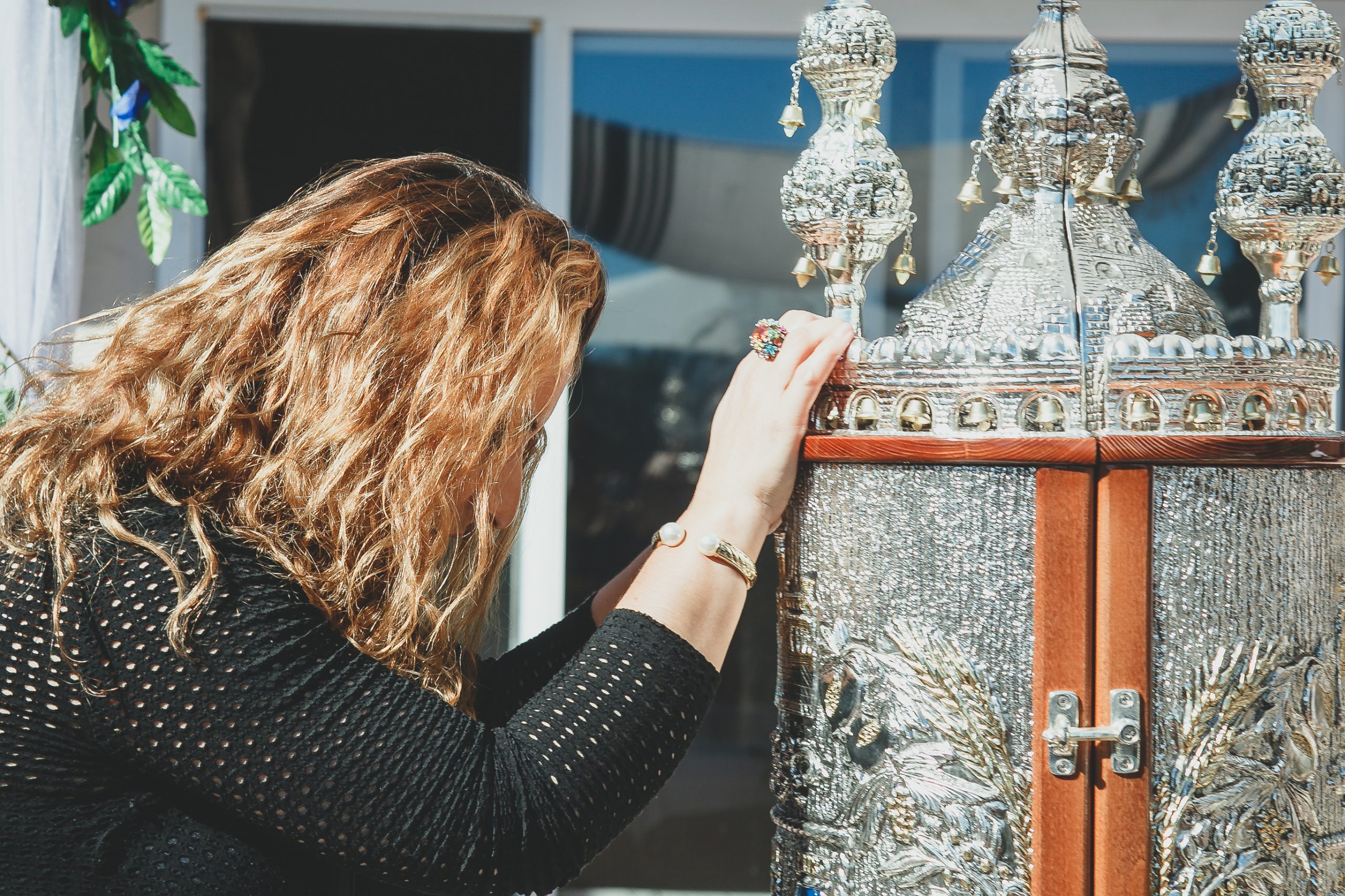 Don’t You Wan’t To Be Eulogized?

I once had an extremely unsettling conversation that left its marks on me until this very day.

[I wish to note the following disclaimer: as disdainful as some of these sentiments may sound, they did not come from a malicious place, but from a place of having been programmed as such by their respective society. Please understand that their openness and honesty were so genuine that the feeling left behind was cordial, even if it did not end in agreement.]

My wife and I once hosted acquaintances we had met while visiting a die-hard Chassidic enclave, one that was extreme even when compared to my wife’s own Chassidic circles.  Mr. and Mrs. Guest work in quite a successful business that they themselves own. They were both pleasantly intelligent and educated, and both relatively close in age to my wife and I. As is usually the case, our conversation quickly turned from small talk into an intense conversation on Jewish philosophy. At a certain point, my wife turned to Mrs. Guest and asked her, “what do you think?”. She quickly responded, “I am not educated enough in this matter, in order to have my own opinion”. We didn’t think twice about her response, and the conversation just flowed on to the next topic.

It was only after the third such remark from Mrs. Guest, that my wife finally asked her, “what do you mean when you say you aren’t educated enough? Have you never studied the Chumash?”. Shaking her head, Mrs. Guest replied, “I don’t even know how to read the Chumash, so of course I have never studied it!”. She proceeded to explain that in her community, women receive a normal secular education, along with a rigorous “home education” which includes learning how to cook, sew and knit, but that they are absolutely forbidden from studying Torah texts of any kind! She couldn’t even read Hebrew, let alone study it!

Immediately, Mr. Guest – her husband, piped up and said, “of course she doesn’t learn Torah. That is a man’s job! A woman’s job is to listen to her husband, clean the house, cook her family food, and maybe help with the livelihood. Why does she need to know how to learn?”

At this point, I could not contain myself any longer, and burst out: “you really believe this? You really believe that even in this day and age, Jewish women can know about everything – secular studies, finances, celebrities, brand names – but their very own Torah, the one Hashem taught them first, they should not know?!”

In perhaps one of the simplest, most honest responses I have ever received, he replied, “yes, of course. A woman who thinks she knows so much will soon enough try to become independent and will no longer be able to be controlled.”

I had never heard someone – at least not in this generation – be as honest about how he really feels. Putting aside my utter disdain for just a moment, I asked, “where should she know about her Judaism from?”. “From her husband”, he replied.

“And if, her husband is not a Torah scholar and does not know?”, I retorted.

“Most husbands are not Torah scholars! But it is better that she listen to her husband violate a Jewish law, than that she should be able to reach such decisions on her own. It is unbecoming of a Jewish woman to be educated in Torah matters; such women are very dangerous.”

“My wife seems “dangerous to you”?

I don’t wish to continue relating our conversation. I simply wish for you, my dear reader, to be aware that such illnesses and ignorance still exist in the world. Even I, the one in the story, have still not fully comprehended the gravity of the situation following this conversation.

In Parashat Chayeh Sarah, we read of the passing of Sarah Immenu.

“And the life of Sarah was one hundred years and twenty years and seven years; [these were] the years of the life of Sarah. And Sarah died in Kiriat Arba, which is Chevron, in the land of Canaan, and Avraham came to eulogize Sarah and to bewail her.” (Bereshit 23:1-2)

Of course Avraham Avinu came to eulogize Sarah and bewail her? What is the Torah trying to teach us?

Eulogies in the Shulchan Aruch

As I sat and pondered this question on Friday night, I was immediately reminded of the words of Maran, Rabbi Yosef Karo, in his Shulchan Aruch (Yoreh De’ah 344):

1. “It is a great Mitzvah to eulogize a deceased individual, in a manner which is befitting them.

And it is a Mitzvah to raise ones voice and to speak heartbreaking words in order to increase the tears and to remember his praises.

…they recount his good deeds… and if he does not have good deeds…they should not recount anything.”

Of course, this perhaps wasn’t a situation which Maran appreciated – but it was just the fact on the ground in his generation.

[Please consider listening to some of our “Refreshing Perspectives” classes for ladies, available for free on our YouTube channel, and you will quickly notice that our stance regarding women’s Torah study, is that it is something we place immense importance on . We believe women’s Torah scholarship to be perhaps one of the greatest Jewish developments of the last generation.]

My grandmother, Savta Sarah Halevy, of blessed memory, was the daughter of a rabbi from Yemen. In his country, it was illegal to teach women anything, Torah included. She hid herself in the closet of his classroom and would listen to the boys recite the weekly Torah reading, eventually memorizing the entire Tanach. When I used to read the Chumash with my grandfather at his table, she would correct me by heart, often yelling out her comments from the kitchen while she was cooking; she didn’t even need to look into a book to correct us!

After making Aliyah to Israel and raising her children, she decided it was time to learn how to read and write the precious words of the Torah that she had worked so hard to memorize. As soon as her youngest left home, she signed up for Ulpan, and learned how to read Hebrew for the very first time in her life! At the age of 55, she penned her first letter to my father – her eldest son – saying, “cursed is the land of Yemen, which did not allow her daughters to study!”.

As her proud grandson, the only one who is a rabbi, I have heeded my grandmother’s call and have dedicated my life to ensuring that all of Hashem’s children are able to study Torah on the most advanced level possible.

It is with those lens that I see my forefather Avraham’s actions in a different light. I firmly believe that the Torah goes out of its way to mention Avraham’s eulogy for Sarah, in order to teach us that he eulogized her by speaking about her and her good deeds, and not about anyone or anything else. She, Sarah, was a woman of such magnificent character, that she was worthy of her own eulogy. She did not need to be helped by the crutch of a father or husband, but instead she could carry her own weight, in her lifetime – and after it.

It is for this reason that I turn to you, my dear reader: how long will you continue to allow yourself to be illiterate about your own Judaism? Why are you comfortable being an expert at your career, politics, and famous personalities – but your Torah scholarship is not at the same level? Perhaps it is time to stand up tall and gather the strength to carry your own weight of Torah?

And lastly: how much longer will you allow your sons and daughters to receive a stellar secular education: advanced physics, history, language, mathematics – but receive a severely mediocre Jewish education? Can we not accomplish erudition in both areas if we just work a little harder to achieve it?

I wish to speak – in your lifetime – about your own literacy, your own scholarly achievements, and your very own intellectual accomplishments.

You and I, are grandchildren of Avraham and Sarah – and I believe in you with the same love and admiration that I am sure they do.

Please, take that belief – and with Hashem’s help – use it to soar upward and onward!