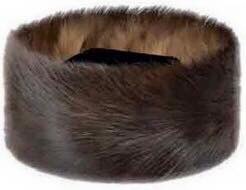 I have been struggling immensely after a conversation with a dear friend.

Traditional Jewish phrases have been altered to include foreign concepts, but then we are blamed for lack of unity when we voice concern over them. For example…

What used to universally be: “Make Hashem proud” has now been altered to “Make the Rebbe proud”.

Is a new religion being formed, or must we step back, regroup, and cleanse the foreign from our midst?
—

In honor of the passing of the Lubavitcher Rebbe zt”l, one of Judaism’s greatest teachers.