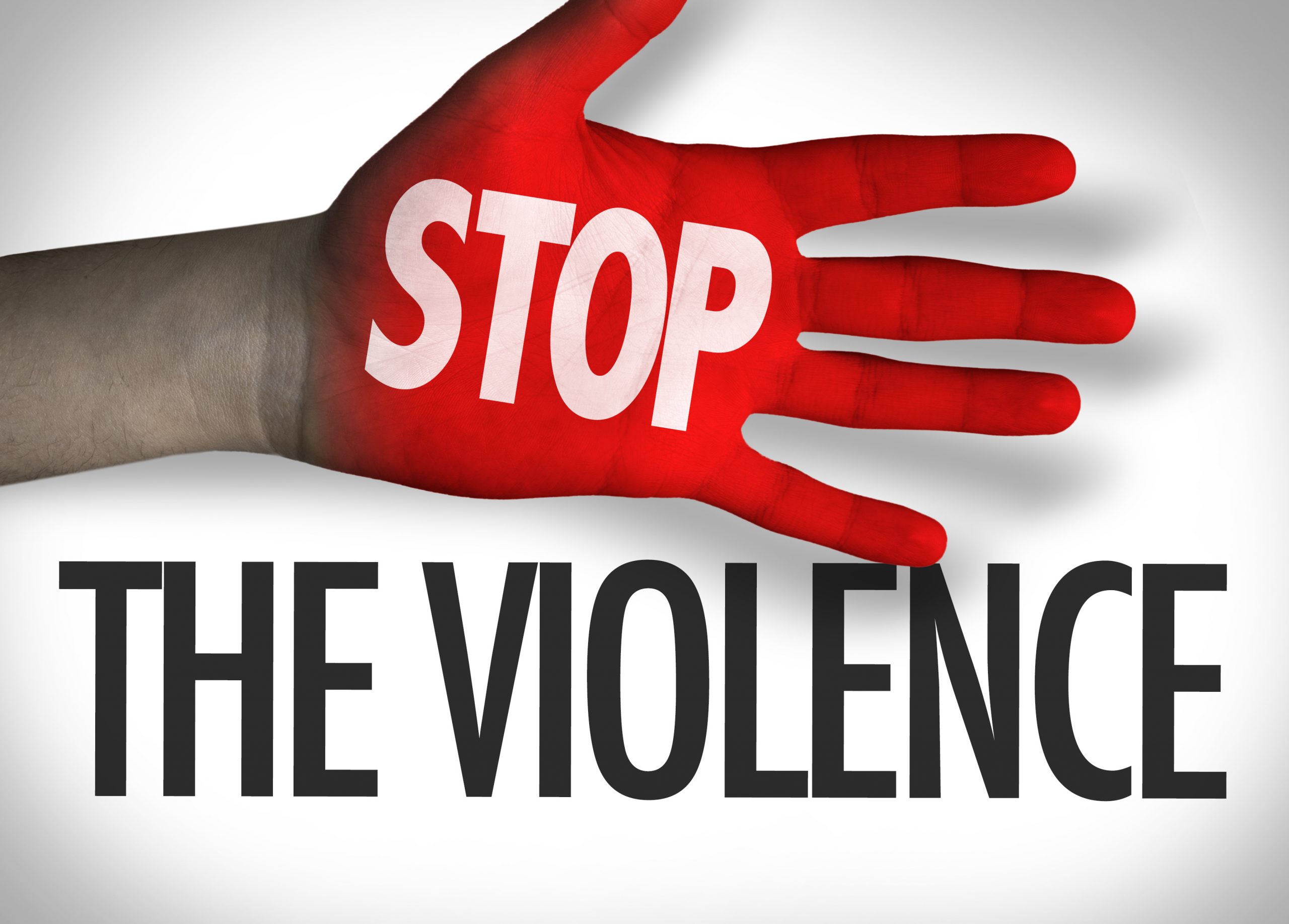 The Jewish community has long had a fear of Halachah. No, I am not talking about those Jewish communities who are honest about their indifference or non-absolute loyalty to Halachah. Rather, I am referring to the community who constantly prides itself as being “Halachically observant” and relishes at any opportunity to judge and critique all those who they deem as “not Halachically observant”. And in truth, it would be wiser for me not to engage this community in dialogue, as truth is not its greatest value, nor does it have a reputation of accepting critique in any shape or form – but perhaps I am only writing this for myself, or at the very least in the hope that one of my rabbinic colleagues or students will receive some inspiration and strength from these words.

It is important for me to share two personal stories, with some details altered to protect the identity of those involved, that I was privy to.

Our Rabbis documented the difference between the Torah scholars of Eretz Yisrael and their counterparts in Babylonia[note]Sanhedrin 24a.[/note]:

This demonstrates what Rabbi Oshaya says: What is the meaning of that which is written: “And I took for myself two staves; the one I called Graciousness, and the other I called Binders”[note]Zechariah 11:7.[/note] ? “Graciousness”; these are the Torah scholars in Eretz Yisrael, who are gracious to one another in discussions of Halachah. “Binders [Chovelim]”; these are the Torah scholars in Babylonia, who injure [Shemechabelim] each other in discussions of Halachah.

Jewish discourse seemingly has always had the problem of respectful dialogue and discourse! Perhaps in some way, we should be comforted that “there is nothing new beneath the sun!”[note]Kohelet 1:9.[/note]. This is an old problem, and perhaps we will never fix it. But as the adage of our Chachamim goes[note]Pirke Avot 2:16.[/note]: “It is not your responsibility to finish the work, but neither are you free to desist from it.” We may not be able to repair this problem entirely, but we have no permission to excuse ourselves from the task at hand. It is our job to return Jewish discourse to a place of mutual respect – despite disagreement, and to the end-goal of reaching a Halachic conclusion together[note]As explained by Rashi, there.[/note].

I recall once reading a speech[note]Published in a two-volume work called Halichot Mussar, out of print since at least 2008 when I last had access to it.[/note] of Rabbi Ovadia Yosef after an unsettling occasion where a group of Lithuanian Yeshiva students publicly and physically assaulted the other Lithuanian faction’s leading rabbi. Full of pain he exclaimed, “this is not our way! Our Chachamim could disagree with each other, but still respect them![note]I am aware that on more than one occasion, Rabbi Ovadia Yosef may not have lived up to these words, but in one of his numerous works of Halachah, he makes an emotional plea for forgiveness when he does write in such a fashion, and I have no wish to speak ill of a Talmid Chacham who is already in the Yeshiva Shel Ma’alah.[/note]” He then added: “unfortunately this deplorable approach has already infiltrated our community as well, and we must stop it immediately!”

Similarly, when the war in Yemen raged between the traditional Yemenite Rambamists and the modern Yemenite Kabbalists, both parties considered each other absolute heretics and perhaps guilty of maintaining a potentially blasphemous understand of the Creator. Yet despite this controversy, the leaders of each group – Rabbi Yihyeh Qafih and Rabbi Yitzchak HaLevi – continued to sit on the same Bet Din and consult each other in matters of Halachah. This was not a personal war, but rather a theological one intended to ultimately clarify the matter at hand!

Current State of the Union

They have decided there is a “mainstream” Judaism. They have perpetuated a myth that there is only one approach to the Creator, and it is theirs. They act as if they are the most pious and meticulous followers of Jewish law, when in fact they often are found veering from classic sources in the most frightening of ways. They have coined the term “Orthodoxy”, and persecute anyone who teaches and follows Halachah, Jewish law in its most classic sense, if they dare deviate from the social norms and extra-Halachic protocol that make up the bulk of “Orthodox” Jewish practice.

And what happens when one dares challenge them with sources? They will never pull up a chair in the Bet HaMidrash and analyze those sources with an open mind and heart. Rather, anything that is foreign to them, any Chacham whose name was not mumbled on the lips of their teachers, is automatically rejected. For truth is not their flag, but rather this modern, spin-off movement of Judaism that they peddle as being “traditional” and “the oldest form of Judaism”.

And who enables them? The innocent and naive members of the Jewish community. The members of the Jewish community who do not educate themselves deeply in areas of Halachah, but rather leave that pursuit up to those who they believe to be greater than them. The members of the Jewish community who have been indoctrinated since the begin of their educational journey to not question, to not challenge what they are being told. Unknowingly, they have adopted an almost Catholic-like approach to matters of spirituality and religion, rejecting the Divine value taught to us by the Creator of Heaven and Earth[note]Devarim 13:15.[/note]: “you shall investigate and inquire and interrogate thoroughly!”. Ignorance of the intricacies of our Torah allows those who wish to manipulate the masses through it the freedom to do so!

Let me say it clearer: Judaism has no Vatican, nor do we have any Popes we must blindly obey. No one has a monopoly over our Torah. This invented idea that there is only one group of Jews who represent the Torah must be stopped before it rears its ugly head more than it already has!

How many upstanding Torah scholars do we know who have had their Kashrut supervision deemed “not-Kosher” – not because of Halachah, but because of extra-Halachic “standards”? How many Torah scholars have we heard of whose freedom to bring others into the Jewish fold has been taken away and deemed “invalid” or “not approved” because of extra-Halachic “protocol”? How can we be silent when Torah scholars, genuine believers in Hashem and servants of His People, are trampled on each and every day and are accused of “violating Halachah” – when they are indeed following it?!

Who gave some rabbis monopoly over Jewish law and not to others? Not HaKadosh Baruch Hu! But rather these self-appointed spokespeople for Am Yisrael. And how does Am Yisrael perpetuate this problem into the future? By enabling this behavior, both by blind submission to their leaders, and by remaining illiterate in matters of Jewish law, thus leaving those decisions in the hands of those who do not necessarily walk on the path of righteousness.

The son of our Master and Teacher, Rabbenu Avraham ben HaRambam writes[note]Introduction to Aggadeta.[/note]:

Know that it is your duty to understand that whoever propounds a certain theory or idea and expects that theory or idea to be accepted merely out of respect for the author without proving its truth and reasonableness pursues a wrong method prohibited by both the Torah and human intelligence. From the standpoint of intelligence, such a method is worthless for it would cause one to minimize the importance of those things which, after scrupulous observation and proofs, ought to be believed, and from the point of view of the Torah – because it inclines from the true path and from the straight, leveled road. The Lord, praised be He! said: You shall not respect the poor person, nor honor the great person; in righteousness shall you judge, etc. And it also says, You shall not respect a person in judgment. And there is no difference between him who accents an idea without any evidence as to its integrity, and him who believes a person’s statement simply because he respects the latter and therefore contends that his idea is undoubtedly true since it emanates from a great man like Heiman, Kalkal or Darda. For all this gives no evidence as to the merits of the subject in question and is therefore forbidden.

When challenged, these rabbis act as if they are the only ones entitled to speak on behalf of Judaism. When questioned, they shrug their shoulders and feed the masses mediocre answers, never willing to engage them in Jewish text, and never allowing them the freedom of accessing those Jewish texts on their own. Rather, one must “trust them” – because they have a monopoly on Torah, and woe to anyone who dares shake the foundations of that false premise!

Violence Has A Precedence!

Now, for the sake of transparency, we must note that there is Talmudic precedent to violence being the solution to a problem, when logic is not able to be used. Our rabbis dedicated many folios of the Talmud to laying down the framework for dealing with financial disputes in Bet Din. When two people approach Bet Din, both claiming ownership over an object, the judges must now question both parties and determine to whom the item belongs. At times, they will rule in favor of one party over the other, and at times – when Bet Din feels it may actually belong to both – will instruct both parties to sell the item and split the proceeds. But there is one wild-card in the Bet Din’s arsenal, one which is only used in the hopeless situation where Bet Din is unable to logically prove who this item belongs to. This rule, found in the Talmud[note]Bava Batra 34b.[/note], and causing our great commentators to find the need to explain this within the ethical parameters of our Torah[note]I strongly recommend researching this topic personally, though it is beyond the scope of this conversation.[/note], is worded as:

My friends, this is where Judaism stands today. This is how the rabbinic establishment makes decisions regarding who is “acceptable” and who is “not”. This is how some opinions are championed, while others are not just rejected but are deemed entirely invalid. Whoever is more violent – prevails!

We have gone from being Torah scholars of Eretz Yisrael, from those who “are gracious and pleasant” to each other, and instead have become the ugliest manifestation of the Torah scholars of Babylonia, those who are bitter and injure each other in matters of Halachah. Have we exhausted the avenues of logical discussion and now must resort to violence in desperation?

If we wish for Judaism to survive and maintain its glory and integrity, this rabbinic violence and bullying must end. Now.

But alas, my dear reader – this matter is out of my jurisdiction. I have already taken a stand. So have many other Torah scholars. The matter is now in your hands.

With whom do you wish to stand? Choose that the pleasant scholarship of Eretz Yisrael should radiate from you, and shun entirely the stench of Babylonia from your soul.