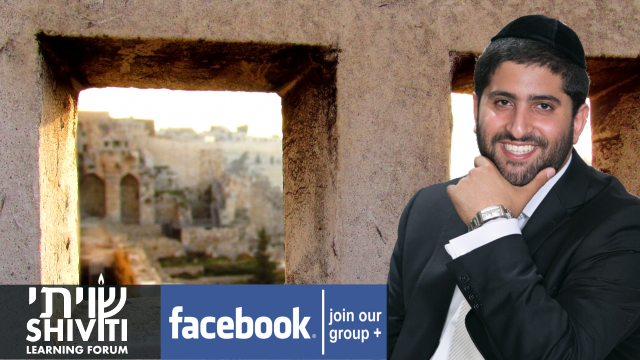 Haircuts and Shaving During Sefirat HaOmer
Question: Can I shave/get a haircut on Rosh Chodesh?
Answer: Maran in the Shulchan Aruch calls the custom to do so an “incorrect” one. But one would first have to establish the severity of the custom not to shave in the first place. In the entire chapter concerning mourning during the Omer, Maran constantly used the words “Nohagim” – they have a custom.

Furthermore, the sources of these customs are (mostly) Ashkenazi. That doesn’t mean Maran didn’t consider them, but it’s important to know that the Talmud and the Rambam were unfamiliar with this idea of “mourning” during Sefirat HaOmer.

Additionally, Maran can technically be read as prohibiting haircuts (something not as necessary as shaving) and not shaving.

Also, there are other considerations such as work, marriage, the Israeli holidays, etc – if one needs to know more than just theoretically, they are welcome to contact me personally.

Question: I know this question was asked before but can one get a haircut on Rosh Chodesh?
Answer: It would be better to get a haircut on Yom HaAtzmaut, the 5th of Iyar, as per the ruling HaRav Yitzchak Nissim, the former Sepharadic Chief Rabbi in his work, Shu”t Yen HaTov.

Question: Is it permisible for a man to shave/cut embarrassing nose/ear hair during the Sefirah mourning period?

Counting Sefirat HaOmer for Women
Question: Something I don’t understand, Sephardic women are discouraged from counting the omer and often very strongly. Been told it is because we are at a higher spiritual level than men and don’t need to do so. What I don’t understand is, we also need to work on middot refinement. What an opportunity to focus on different aspects and refine ourselves. Yet when I have brought this up to others in the past, I was met with a strong response of women don’t count omer period. But what if we want to focus on the middah of the day and refine ourselves? I don’t understand what is so “wrong” about it. Is there something I haven’t learned that would make this more clear?
Answer: This is an interesting question, especially the way it is set up.

Classically, counting of the Omer has nothing to do with perfecting ones Middot. Though that is a good thing to do the whole year, the notion that any night has any spiritual significance and character-altering qualities, is Kabbalistic in origin.

Traditionally, Jewish women refrain from blessing over any time bound Mitzvah. That would include Sefirat HaOmer. Sepharadic women are especially particular about this Halachah. Ashkenazi women (and some North African Sepharadim) are known to permit blessing on time bound Mitzvot, most notably due to a novel understanding of the concept by one of the giants of Ashkenaz, Rabbenu Tam. That being said, the custom among many women is to count without a blessing.

Those who oppose women counting – even without a blessing! – are the same Kabbalists who give these days so much meaning. They believe it to be entirely incorrect for women to count the Omer at all.

I am not a Kabbalist at all. But I would say that if you take their word when they say these days are meant to change character traits – you probably should take their word for it when they say not to count.
—
Just a note: in my house, my wife and I count Sefirat HaOmer together when possible, where I bless and we count together. We do the same with lighting Shabbat candles when possible, where she blesses and lights and stand with her.

False Prophets
Question: Erev tov Rabbi. The faithful among our people know that Hashem is the true judge and that everything He does is for our own good. Hence the reason why we say “Baruch Dayan HaEmet” when someone רחמנא ליצלן passes away. However, there those among us who think they know better than Hashem and attempt to equate the way the person died with the four methods of capital punishment mentioned in the Torah, as well as try to “figure out” the sins the person may have committed to warrant such a punishment. Have you ever heard of such a terrible thing? On what do they base their actions?
Answer: Shalom! The Torah says (Devarim 32:4): “The deeds of the [Mighty] Rock are perfect, for all His ways are just; a faithful God, without injustice He is righteous and upright.”

Many, especially among the Mekubalim, have used verses such as these to say that there is no way something Hashem does can be “wrong” or “bad”. Their conclusion was that certain actions could be tied to individual or communal events (positive and negative) that could explain “why” something happened.

I am not a Mekubal, but let me say that perhaps those Mekubalim of old knew the “pathways of the heavens” and therefore the words they said for their generations were true. But since when could those in our generation, about whom it is said “if the early ones were angels, we are humans; and if they were humans, we are donkeys!” – how could they dare speak as if they are those Mekubalim?

Regardless, the truth is that the way of our Bet Midrash, under HaRav Yaakov Peretz shlit”a, is very far away from this approach.

We follow the words of the Navi (Yeshayahu 55:8): “For My thoughts are not your thoughts, neither are your ways My ways,” says Hashem.

We believe that the only way is to follow the first verse of Devarim with the humility of another verse in Devarim (18:13): “Be Tamim with Hashem, your God.”

Let us stay very far away from anyone who thinks they know why Hashem does what He does. The suffering and anguish they cause with their evil and false words have destroyed hearts and homes!

Instead, walk with Him in innocence and believe that one day we may begin to understand.
—
I have added a link to a video where I discuss something similar: https://youtu.be/AfWrMMkXPV8

Schlissel (Key) Challah
Question: Shalom HaRav, just a quick question from my mom. She is wondering if shlissel challah is only a Chassidish custom or if Sephardim do it as well. Please let us know. Thank you!
Answer: Shalom! No, this is not a Sepharadic (or Ashkenazi) tradition. Some Sepharadim do it, most definitely a “borrowed” custom from some of our Ashkenazi brethren. Unfortunately though, the chances are that it actually originates from a pagan custom.

The Rivash writes that one must be very careful when taking away another’s “custom” (for it really isn’t one) since it may really damage the rest of their observance. If it is something she does that makes her feel good, you should not make her stop, without first properly explaining the reasoning why and making sure it is accepted.

But, if she has not done this before – I absolutely do not recommend beginning it.

Regardless, the education we received from Morenu HaRav Yaakov Peretz shlit”a is to stay far away from Segulot, and even farther from possibly pagan ones!

We only wish to speak to Hashem directly – who needs trinkets and strange-looking breads?
—
You are welcome to listen to our audio recording on a similar topic: https://youtu.be/ud6kg7TeXTM
—
Side note: HaRav Yosef Shalom Elyashiv was once told that something he did was a Segulah to get into Gan Eden. He immediately got upset and said: “my whole life I have worked hard to enter Gan Eden through the front door, and now you wish to sneak me through the back door like a thief in the night?!”
—
For extra reading, I strongly suggest Googling an article called “Loaf of Idolatry”.

Tearing Toilet Paper on Shabbat
Question: Just came back home from helping with a mixed (Ashkenazi, Chassidim, and Sephardim) Pesach event. There were several situations (aside from kitniyot, gebrachts and nongebrachts issues) that left me with questions as a result of being in a mixed group and seeing and hearing different minhagim. Allow me one more question, please.
The issue of tearing toilet paper on Shabbos/Yom Tov came up. I was taught it is allowed as it is clearly not an action specific to building the mishkan. Yet…most people attending said that one cannot tear toilet paper on the lines on these days. Am I missing something?
Answer: The issue of tearing toilet paper on Shabbat is connected to the biblical prohibition of “tearing”.

Rabbi Ben Tzion Abba Shaul in his “Or L’Tzion” is very strict in this regard. Others argue with him about the seeveirty of the prohibition but still prohibit it.

The opinion of HaRav Yaakov Peretz shlit”a is that when one is stuck without tissues or pre-cut toilet paper, they can rip toilet paper on Shabbat in a way that differs from how they normally do it (Shinnui).

One should know that the nature of Chachme Sepharad is to be very particular about any laws that are prohibited in a Torah level, but to be very flexible in Halachot that are Rabbinic in nature. As this can be from the former category, it is wise to prepare precut toilet paper and/or tissues before Shabbat.
—
Note: No matter of Halachah should ever be divisive, especially not between family members. I cannot fathom how toilet paper is important enough to be discuss in public and cause discord among friends. Details are details and should remain such, not become primary topics of discussion.

Music During Sefirat HaOmer
Question: I know Ashkenazim don’t listen to music during the first part of the Omer and the reasons why. What about Sephardim?
Answer: Fantastic question! For the record, this is actually not an Ashkenazi/Sepharadi question.

The Talmud, Rambam and Shulchan Aruch prohibit music until the third Bet HaMikdash will be rebuilt. The later authorities seemed to have looked the other way and allowed the Jewish people to listen to music throughout our exile.

Some Acharonim (later authorities) felt that even though that may be the case, it would be fitting to refrain from listening to music during the times we mourn for the Bet HaMikdash. This somehow carried over to Sefirat HaOmer, but if you look at the sources, you will see they are not very strong – and not very old!
—
A side note: Rav Mazouz in Bene Berak hosts Sephardic musical concerts on Friday’s after midday in his Yeshivah (either during Sefirat HaOmer or during the three weeks, I do not recall). When challenged with providing his source that states one can play live music then, he responded: “It is a similar source to yours that prohibits music during this time – there isn’t one!”